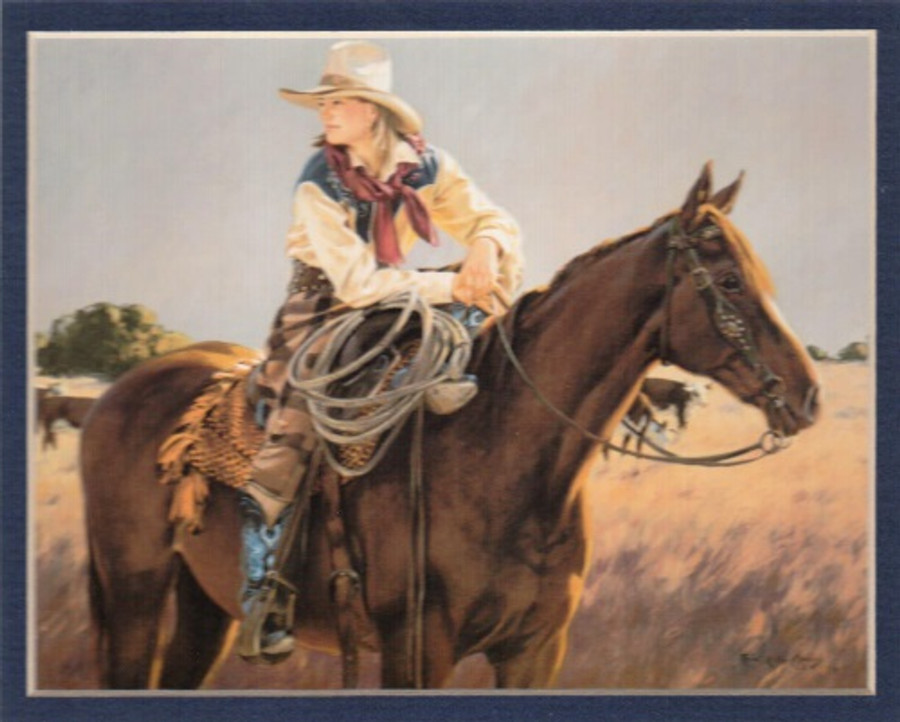 Terri Kelly Moyers says she cannot recall a time when she wanted to be anything other than an artist. She drew animals as a child and has consistently directed most of her time and energy towards pusuing that goal with her early studies at the Alberta College of Arts. She did further study under Robert Lougheed. In 1996 she won the Frederick Remington award at the Prix de West show at the National Cowboy Hall of Fame in Oklahoma City.

She was born in Vancouver, British Columbia and currently resides in Northern New Mexico with her husband John, a fellow artist and member of the Cowboy Artists of America. Together they spend time painting and raising their son Josh.