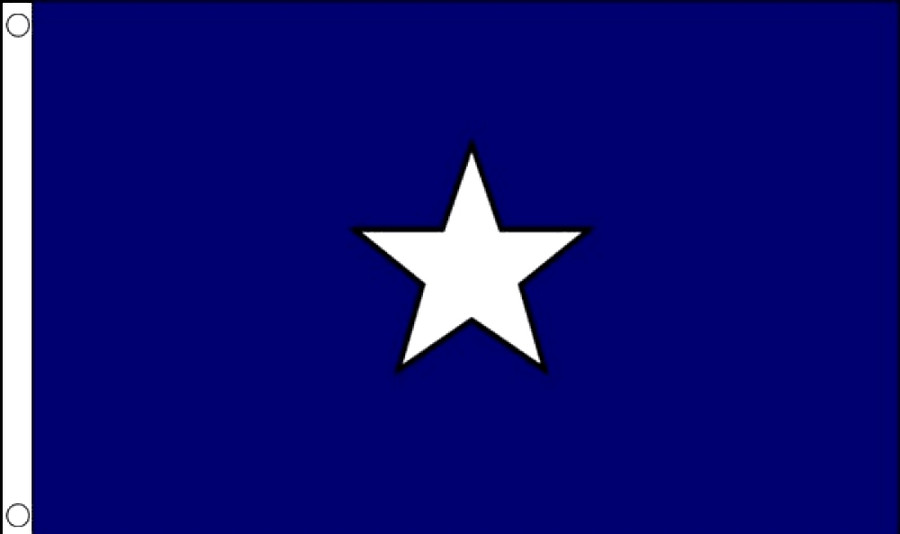 FL-12-B   BONNIE BLUE FLAG 3' X 5' 100% polyester with two metal eyelets in bold colors double stitched hem around the edge suitable for indoors or light outside use.

The Bonnie Blue Flag was an unofficial banner of the Confederate States of America at the start of the American Civil War in 1861. It consists of a single, five-pointed white star on a blue field.

The Burnet Flag was adopted by the Congress of the Republic of Texas on December 10, 1836. It consisted of an azure background with a large golden star, inspired by the 1810 Bonnie Blue Flag of the Republic of West Florida. Variants of the Burnet Flag with a white star, virtually identical to the Bonnie Blue Flag, were also common. Other variants featured the star (of either color) upside down, and/or ringed with the word TEXAS, with each letter filling one of the gaps of the star.

The Confederate Flag Is a Matter of Pride and Heritage, Not Hatred