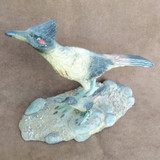 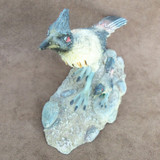 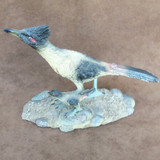 DP23452  The greater roadrunner is a long-legged bird in the cuckoo family, Cuculidae, from Southwestern United States and Mexico. The Latin name means "Californian earth-cuckoo". Along with the lesser roadrunner, it is one of two species in the roadrunner genus. This roadrunner is also known as the chaparral cock, ground cuckoo, and snake killer.

Kokopelli of the Southwest Metal Art